The Eurasian Patent System allows applicants to take advantage of a Eurasian regional patent that is valid not only in Russia, but also in the other seven member countries of the Eurasian Patent Convention (EAPC): Armenia, Azerbaijan, Belarus, Kazakhstan, Kyrgyzstan, Turkmenistan, and Tajikistan.

Patent applications are filed with the Eurasian Patent Office (EAPO, located in Moscow) in a single language (Russian) and are processed by the EAPO until granted. The patent issued is immediately valid in all the member states. Although the Eurasian official fees are considerably higher than those charged by any national Patent Office, the processing of one Eurasian application is usually more cost-effective than separate prosecution of two or three national applications.

The Eurasian Patent System is traditionally popular among foreign applicants who represent a vast majority of the filers (despite the large discounts on official fees offered to applicants from member states). Accordingly, most Eurasian patent applications are regional stages of PCT applications, or else they claim priority from earlier foreign applications.

Initial (priority) applications are filed with the Eurasian Patent Office through the national Patent Offices in accordance with national first filing requirements. (Please refer to the First filing Requirement/Foreign Filing License section below.)

Our Eurasian patent attorneys will help you to file your patent applications with the Eurasian Patent Office for any industry sector and will professionally guide you through each step of the examination. 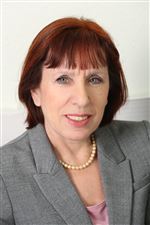 The term “foreign filing license” is not directly mentioned in Russian IP legislation. At the same time, Russian regulations contain provisions similar to those set forth in countries that oblige national applicants to receive special permission before filing patent applications abroad.

Any subsequent application can only be filed abroad after a six-month check performed by the Russian Patent Office. The check is meant to reveal state secrets the invention may eventually contain. Rospatent does not issue any special permission to file foreign applications (as compared to the US foreign filing license, when PTO issues a corresponding notification). The lapse of the said six-month term automatically allows the applicant to file subsequent applications with foreign Patent offices. The term may be reduced by filing a request explaining that the application materials do not contain state secrets. Reduction of the term lies then within Rospatent’s discretion. It may normally be reduced to 3-4 months.

We will be happy to provide more information and perform an analysis of a specific situation involving the first filing requirement.

DO YOU HAVE ANY QUESTIONS? ASK OUR EXPERT!
Ask an expert

Can the invention’s right of authorship be transferred?
Are software methods patentable in Russia?
Does the Russian Patent Office require metric units in patent applications?
Is it mandatory to request a substantive examination in Georgia and what is the deadline for filing the request?
Can one and the same person hold Russian and Eurasian patents based on the same priority application?
A few of OUR advantages