Trademark rights are territorial in nature and registered trademarks only grant protection in the country they are registered in.

In accordance with Russian law, a trademark is protected in the territory of the Russian Federation on the basis of its registration by the Russian Patent and Trademark Office (Rospatent).

Therefore, if you are running a business in Russia and want to distinguish your goods/services from those of others, you will have to register your brand as a Russian trademark (service mark). (Please refer to the Provisional Refusals section for international registrations under the Madrid System.)

At present, the trademark examination process takes about 6-10 months provided that no objection is issued by the examiner.

Within a week after the application is filed, the Russian Patent and Trademark Office publishes it on its website.

It normally takes Rospatent about one month to complete the formal examination and to issue the Official Notification of Acceptance.

Thereafter, in the course of the substantive examination, Rospatent examines the trademark application on the basis of absolute and relative grounds of refusal, namely, distinctiveness, descriptiveness, confusion with prior entries of record, and so on. (Please refer to the section Basic grounds for refusal to register trademarks below.)

As a result of the substantive examination, the examiner may issue a Decision of Registration. In case there are grounds for preliminary refusal, an Office Action is forwarded to the applicant. It may take 6-10 months before the examiner issues an Office Action. The indicated term may be reduced to 2-3 months in case the applicant files an expedited examination request (subject to an additional fee).

The time limit for submitting a response to an Office Action is six months from the issuance date. Russian law does not provide for any extension of said time limit.

Our team is widely renowned for its work in trademark prosecution, including overcoming the examiners’ objections. Sojuzpatent’s trademark attorneys will evaluate the chances of success, define the strategy and assist you in dealing with Rospatent’s Office Actions using all available options.

Our attorneys and litigation lawyers represent the client’s interests before the Chamber for Patent Disputes, the Court for Intellectual Property Rights and other Russian courts, including the Supreme Court of the Russian Federation, doing their best to help a trademark application to successfully mature into a registration in Russia despite possible obstacles. 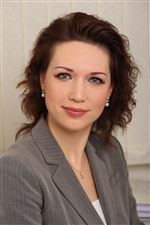 I. Lack of distinctiveness

Signs which are devoid of distinctive character or consisting only of elements that:

Please note that according to Russian Trademark Office practice, a trademark consisting solely of consonants and/or figures lacks inherent distinctiveness.

The above-listed signs may be incorporated in a trademark as non-protected elements (disclaimers) if they do not dominate in the mark.

Furthermore, potentially, such marks may be registered if the applicant presents evidence of the mark's acquired distinctiveness through its long and intensive use. The evidence should cover a period prior to the application filing date and relate to any countries of the world but especially to the territory of Russia.

II. Misleading marks, marks that are contrary to public interests

The signs shall not be registered as trademarks in case they are (or contain the elements that are):

It is not possible to disclaim such an element in order to overcome the refusal.

I. Similarity with third parties’ prior rights

Signs shall not be registered as trademarks if they are identical or confusingly similar to:

Signs shall not be registered as trademarks if they only consist of elements that are state armorial bearings, flags, or other state symbols and marks; abbreviations or full names of international and intergovernmental organizations, their armorial bearings, flags, or other symbols and marks; official signs or hallmarks of control and warranty, seals, awards, and other distinguishing signs; signs identifying wines or spirits that are protected in one of the states party to the respective international treaty, and some other objects.

DO YOU HAVE ANY QUESTIONS? ASK OUR EXPERT!
Ask an expert
Do foreign applicants need a Russian trademark attorney?
When and how can I receive a refund of official fees from the Russian Patent Office?
A few of OUR advantages