Unauthorized use of a patented solution on Russian territory represents an infringement of the patent holder’s rights.

As in most jurisdictions, a Russian invention is deemed used in a product or a method if every feature listed in an independent claim (or an equivalent feature) is present in the product or is used in the method. A utility model is deemed used if the product contains every feature listed in the only independent claim and an industrial design – when an object serving the same purpose produces on an informed user the same overall impression.

The infringement of IP rights to an invention, a utility model, or an industrial design refers to specific actions aimed at using a patented object. These actions may include the following:

Disputes related to the enforcement of patent rights are to be considered in court. To protect their rights, a patent holder can file a lawsuit with a local arbitration (economic) court in accordance with the defendant’s address. In infringement lawsuits, forum shopping is possible when the claimant can name multiple persons as codefendants (e.g., manufacturers/importers, wholesalers, retailers). In such cases, the claimant has the option to choose with which territorial court to file their action.

The local court’s decision is appealable in the same locality to the appeal court, whose ruling can be further appealed to the Intellectual Property Court as a cassation instance.

It is important to note that patent enforcement litigation and invalidation proceedings in Russia are totally bifurcated, and therefore, invalidity arguments are not considered in infringement proceedings and cannot be asserted as a defense in patent infringement cases. If an alleged or potential infringer has reasonable doubts as to the validity of the patent, they should initiate an invalidation attack by filing an opposition to the Patent Office.

Accordingly, all patentees enforcing their rights should be prepared to defend their patent’s validity in separate proceedings.

The patent holder may demand from the infringer the following:

Sojuzpatent has broad experience in patent litigation and dispute resolution in Russia and neighboring countries. In many cases, we help our client avoid costly litigation and reach a favorable settlement. 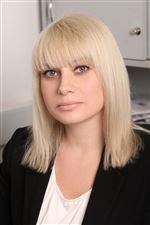 Send request }
Callback
Patent Enforcement
DO YOU HAVE ANY QUESTIONS? ASK OUR EXPERT!
Ask an expert
Is it possible to file with the RUPTO several designs in one application?
What does Russian legislation say about trademark marking?
Can a single color be registered in Russia as a trademark?
Can a light be registered as a trademark in Russia?
Is forum shopping available in patent/trademark litigation in Russia?
A few of OUR advantages