According to Russian law, the grounds for invalidating an invention (utility model) patent in Russia include the following:

2. Non-compliance with patentability criteria below:

4. New matter in the claims;

5. Presence of applications for identical inventions (utility models) having the same priority date;

6. Wrong designation of the patent holder(s) or the inventor(s).

An invalidation action can be brought during the term of the patent’s validity by any person who has become aware of the above patent law violations.

Moreover, a cancellation action can also be filed after the expiration of the term of the patent by any person having legal interest in invalidating the patent.

A legal action according to item 6 above should be brought to court; in all other cases, an opposition against the patent grant is filed with the Russian PTO’s Chamber for Patent Disputes.

The Rospatent decision is appealable to the Intellectual Property Court and, further on, to the Presidium of the same Court as a cassation instance.

Sojuzpatent’s patent attorneys and litigation lawyers represent the client’s interests before the Chamber for Patent Disputes, the Eurasian Patent Office, and Russian courts, including the Intellectual Property Court and the Supreme Court of the Russian Federation. 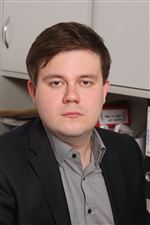 Send request }
Callback
Disputes on patent validity in Russia
DO YOU HAVE ANY QUESTIONS? ASK OUR EXPERT!
Ask an expert

How can I invalidate a Eurasian patent?
What is the time limit for entering the national phase in Russia and neighboring countries?
Are software methods patentable in Russia?
Can I get a patent term extension in Russia?
Can I use arguments for invalidity as a defense in an infringing action brought in Russia by the patent’s owner?
A few of OUR advantages